Dancing Monkey Laboratories would like to thank…
Laura Allen, Steven Evanik and Jason Owin F. Galeos for their ideas, energy and collaborative spirits.
Derek Paulich, Leon Schwesinger, Marcia Liber and Michelle Brandenburg for expanding the world of SATELLITES.
Donovan Seidle, Spencer Cheyne and The Kensington Sinfonia for their creative partnership.
donovanseidle.com
kensingtonsinfonia.ca
thestationrecording.com
Harry Papavlaspoloulos, Jon Tsamalidis and Sitting With Giants for film production; Jennifer Weihmann for still photography.
sittingwithgiants.com
Jarett Sitter for illustrating SATELLITES and poster design.
jaretts.com
Kelly Reay, Sage Theatre and the Ignite! Festival for their platform and support.
Clem Martini, Sheila Harland and the University of Calgary for their ongoing support of theatre research.
The Alberta Foundation for the Arts for their generous support of this project.

The Music of Satellites is available here: https://itunes.apple.com/ca/artist/nathaniel-schmidt/id716666626

“My intention for the music of Satellites was to express both the atmosphere of melancholy found in the play, along with idea of orbiting satellites, moving in circles and emitting signals to and from Earth.  What results is music that seems to move around and around in circles, while at the same time digging in to the deep, ingrained sadness that life can evoke in all of us.  The story of Mark and Vanessa is something we can all connect with, and my hope is that the music will offer that same connection to its listeners.” Nathaniel Schmidt

Academic Process Paper “What is SATELLITES?”

Melissa Tuplin (Scientist): After studying at the McDonald Wilson Dance Academy in Calgary, AB, Melissa received her BFA Contemporary Dance (2010) from Concordia University in Montreal, QC. While at Concordia, Melissa studied with professionals in the Quebec milieu and performed and choreographed for emerging choreographers and interpreters at the Art Matters and St. Ambroise Montreal Fringe Festivals. Back in Calgary, Melissa presented independent dance work at the Ignite! and Soulocentric Festivals before connecting with Mike Czuba for SATELLITES in 2011. Melissa became a Scientist with Dancing Monkey Laboratories in 2012. DML’s collaborative, interdisciplinary approach has challenged and stretched Melissa’s choreographic and performative skills, and fellow Calgary Scientists Mike Czuba and Nathaniel Schmidt are proven kindred spirits. Melissa also teaches and choreographs for the McDonald Wilson Dance Academy.

Melissa gives special thanks to Jason Owin F. Galeos for his incredible movement vocabulary and collaboration on the SATELLITES choreography, and to Jason and the rest of the cast and crew for their never ending patience for Tuplin antics. Also, thanks and love to Anthony Fiorentino who has to deal with said antics in perpetuity. To the Tuplin family: Melissa literally wouldn’t be doing this without you. 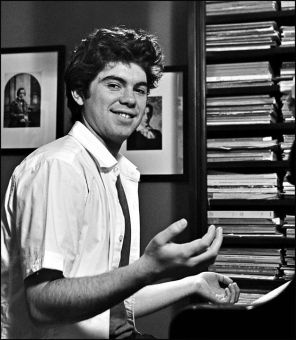 Nathaniel Schmidt (Scientist) has been a very busy member of Calgary’s music scene for upwards of five years.  During this time, Nathaniel has worked to establish himself as a varied performer and composer, hoping to spread classical music to the masses. He performs regularly as a member of The Cowtown Opera Company, working closely with their founder, Soprano Michelle Minke.  As one of the organizing members of Classical Revolution Calgary, he helps to organize and present a monthly concert of impromptu performances of Classical music at Cafe Koi, working alongside founder and CPO bassist Matt Heller and other members of Calgary’s music community.

In April, Nathaniel will be heading to Texas to record the early songs of Alban Berg with soprano Surè Eloff for the American Recording Label Centaur Records.  Additionally, Nathaniel is an interpreter and program creator at The National Music Centre, which is fast becoming one of North America’s most prominent instrument collections and music foundations.  He continues to study piano with Charles Foreman and Kathleen van Mourik.

Mike Czuba (Scientist) is a performance instructor at the University of Calgary. After completing a BFA from Concordia University he moved to Calgary to obtain an MFA in playwriting.  His play I AM I is published by Original Works Publishing and had it’s international premiere in September at the Amsterdam Fringe. His play Satie et Cocteau: A Rehearsal of a Play of a Composer by a Poet has had staged readings in Chicago and Berlin. Mike would like to thank Melissa and Nate for their leap of faith in joining him in the (S)ciences. Laura, Steve and Jason for their commitment, positivity and curiosity as artists. Marcia for joining us in the lab and Michelle for her un-breakable belief in the world of SATELLITES. And all the other artists who were involved in the making of SATELLITES, Leon, Derek, Jarett, Harry, Jenn and Donovan. 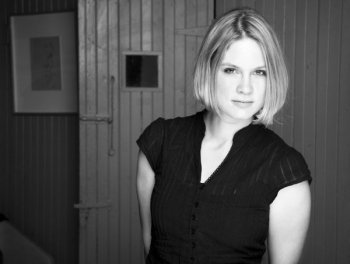 Laura Allen hails from West Bolton, Quebec where she got her start in Theatre. She has performed in, choreographed, and stage-managed many shows both in community theatre and professionally. She completed a Diploma in Professional Theatre Acting at John Abbott College and a BFA in Theatre and Development at Concordia University before attending Queens University’s where she received her BEd. Some of Laura’s favourite roles have been Wendy in Peter Pan and Maggie in The Shadow Box. Laura moved to Calgary 4 years ago and works as an Educator at Calgary Arts Academy. Since arriving in Calgary, Laura has performed the role of Vanessa in Satellites as part of the 2011 Soulocentric Festival and in the 2012 Ignite! Festival. She is excited to be continuing the adventure of exploring Satellites with this amazing team of artists.

She would like to thank Harry, her friends and family for all of their support, as well as Mike for giving her the opportunity to participate in such an amazing show with such an inspiring and dedicated group of artists.

I want to say thanks to Mike Czuba and Melissa Tuplin for putting me on board on this very project. Also, this goes out to Tony Tran for connecting these amazing people towards me. Special thanks to my family, friends, Pamela Tzeng and importantly to the Almighty One for allowing me to engage, learn and love one another. (Jeremiah 17:8 /KJV)

Steven Evanik is a graduate of the Theatre Performance Diploma program at Mount Royal University 2012. Previous acting experience includes The Wasp (Ignite! 2013), A Midsummer Night’s Dream (Shakespeare In the Park), Satellites (Ignite! 2012), A Man of the North (MRU) and Rosencrantz and Guildenstern are Dead (MRU). Recently he has tried his hand at writing, directing and producing with his first new work, entitled A Spark Extinguished (2013). He is also a musician and his tracks are available on SoundCloud under Steven J Evanik.

Steven would like to thank Mike Czuba, all of the monkeys from DML, the SATELLITES crew, his girlfriend Piper and his family and friends for their continuous support!

Marcia Liber is excited to be working with Dancing Monkey Laboratory for the first time. Past stage management credits include Hello…Hello and The Mob (University of Calgary), A Little Princess (CYPT), The Shape of a Girl (Verb), and Tree Hugger (Urban Curvs Heroine Series). Marcia would like to thank the Lab for bringing her on, D. A. and C. for being her sounding boards, her family for their support and Olivia for having faith. Enjoy the show!