Dancing Monkey was invited to participate in another residency at Theatre Junction (this time in the ‘Incubation’ phase) for their TJLab workshop initiative. We brought a brand new project entitled Humanoid – A LOVE SUPREME. We spent two weeks from November 18th to December 1st unpacking and exploring this new world culminating in a public outcome of the work-in-progress on the evening of December 1st.

Humanoid – A LOVE SUPREME takes place in another reality, where citizens are separated into the programmed or ‘The Numbers’ and the Humanoids, who are deemed empty until they are subjected to the procedure of programming. This world is tightly controlled to where the citizens no longer question how things are and simply accept that this is how it is. Certain ways of thinking are permitted, but many ways of thinking are forbidden. Then… something shifts. 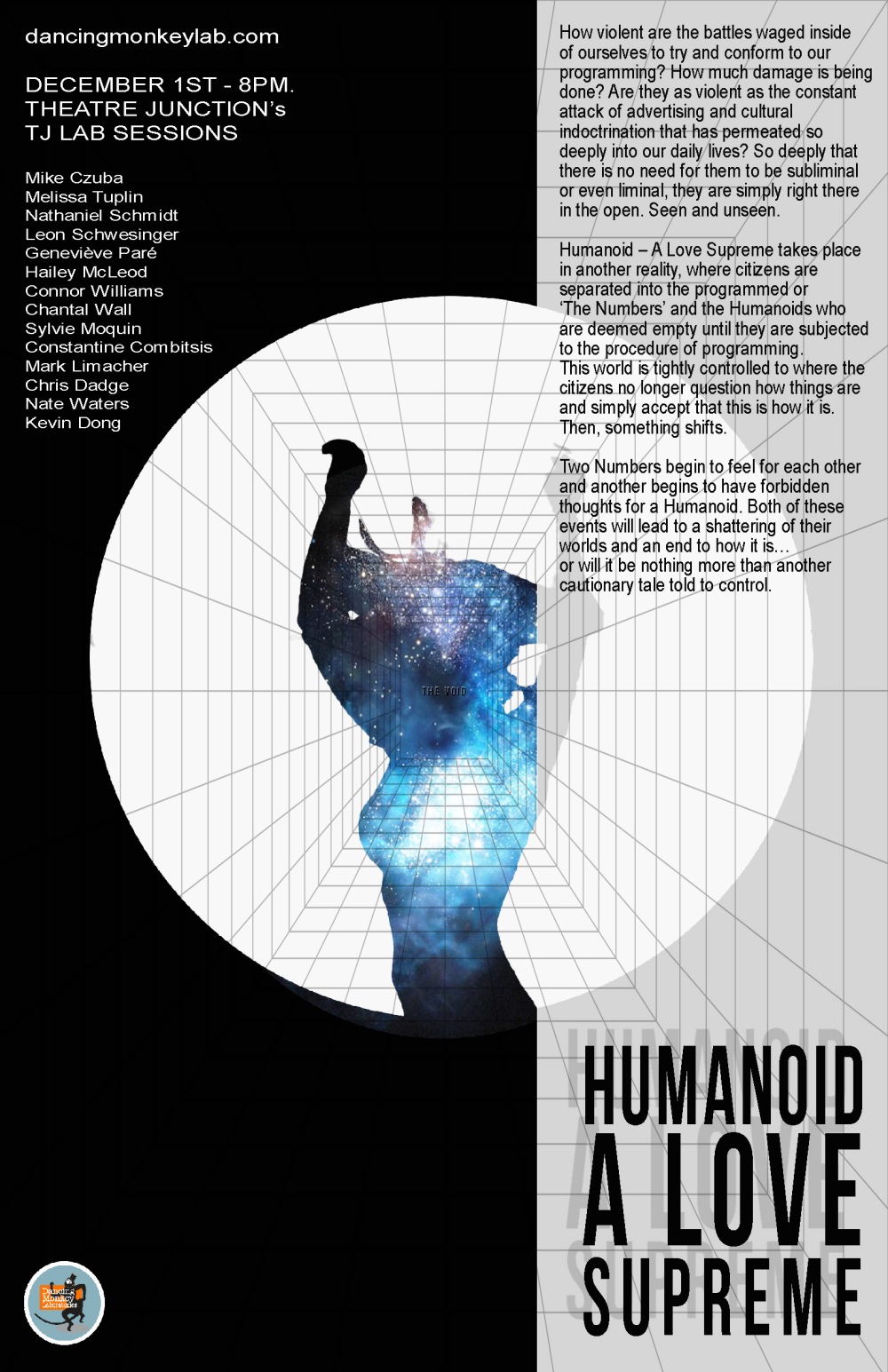